In Infinity Kingdom, the Elemental Aura will bring extra buffs to Elements Unit. This means that it's now crucial to try and match Immortals with the same attributes when configuring your battle formations. For example, if you deploy 4 Water Immortals and 1 Water Dragon at the same time, your entire team will deal more damage and receive much less. We have introduced the Fire unit in the last guide, and now is the time for the Water unit! 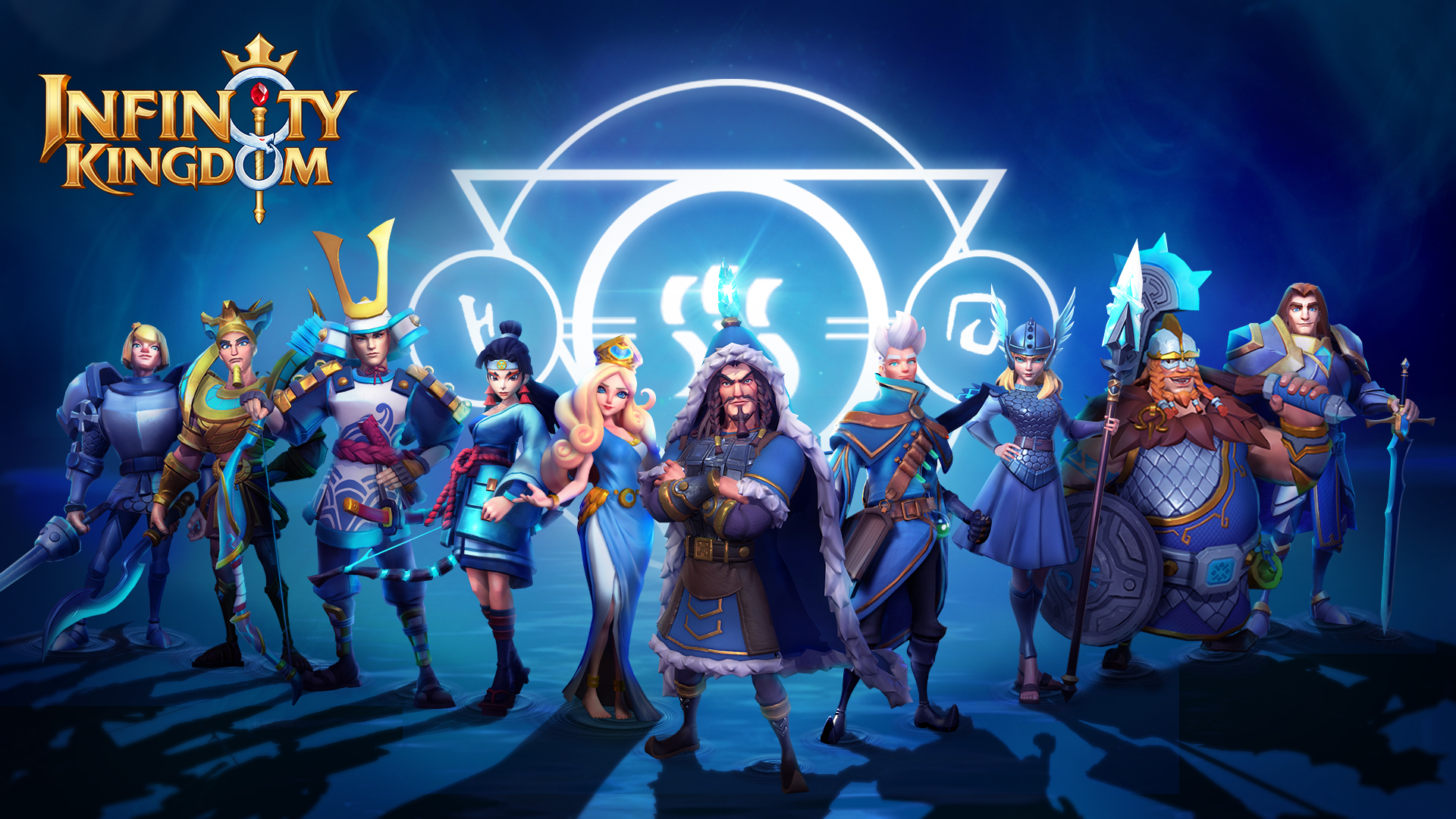 It is very easy to assemble a basic Water team. Merlin and Helen in particular work well together in the early game. When you have advanced Immortals such as Attila or Ramesses, you can deploy a more powerful Water unit capable of inflicting Silence and great damage on the battlefield.

This advanced Water team can damage all enemies at once. Attila can Silence his enemies, and the other three Immortals deal excellent damage.

Attila the Hun: Attila the Hun’s skill takes the shape of a wedge (3 units) and has a chance of causing Silence, which is especially useful in PvP. His attributes are also very good. Attila is an important Water Immortal, providing a high return for low cost early in the game.

Ramesses II: Skills can Impale the front and back rows (max 2 targets) while decreasing enemy damage. Ramessess can damage the back row directly with his skills and cause quick losses. His strategic importance cannot be overstated.

Merlin: High mass area damage that increases against Chilled targets. Merlin is a core Water Immortal, good for both PvP and PvE. He comes with your first purchase, regardless of amount.

Yoshitsune: Yoshitsune’s skill shoots 3 arrows at 3 random enemies. Enemies with less than 50% Troop Power take additional damage. Yoshitsune can replace Helen of Troy later on because his damage can Reap.

This basic Water team is very easy to get. Merlin and Helen in particular work well together in the early game. This team specializes in damage and freeze effects, but its back row is brittle and easily eliminated by Physical Damage from the enemy’s back row.

Harald III: His skills deal damage to the front row and reduce enemy Defense by a certain percentage. Harald is very useful in both PvP and PvE and can be obtained in many ways early on.

Brynhild: A viable choice if you don't have epic immortal in the early game. She has a chance to Stun enemies.

Merlin: High mass area damage that increases against Chilled targets. Merlin is a core Water Immortal, good for both PvP and PvE.

Helen of Troy: She can also deal AOE damage, causing Freeze to enemies; which makes her & Merlin a perfect duo. She can be obtained via 7 Days Event.