In Infinity Kingdom, the Elemental Aura will grant extra buffs to the Elements unit. This means that from now on, it’s crucial to try and match Immortals with equal attributes when configuring battle formations. For example, if you deploy 4 Fire Immortals and 1 Fire Dragon at the same time, your entire team will deal more damage and become much harder to wipe out. 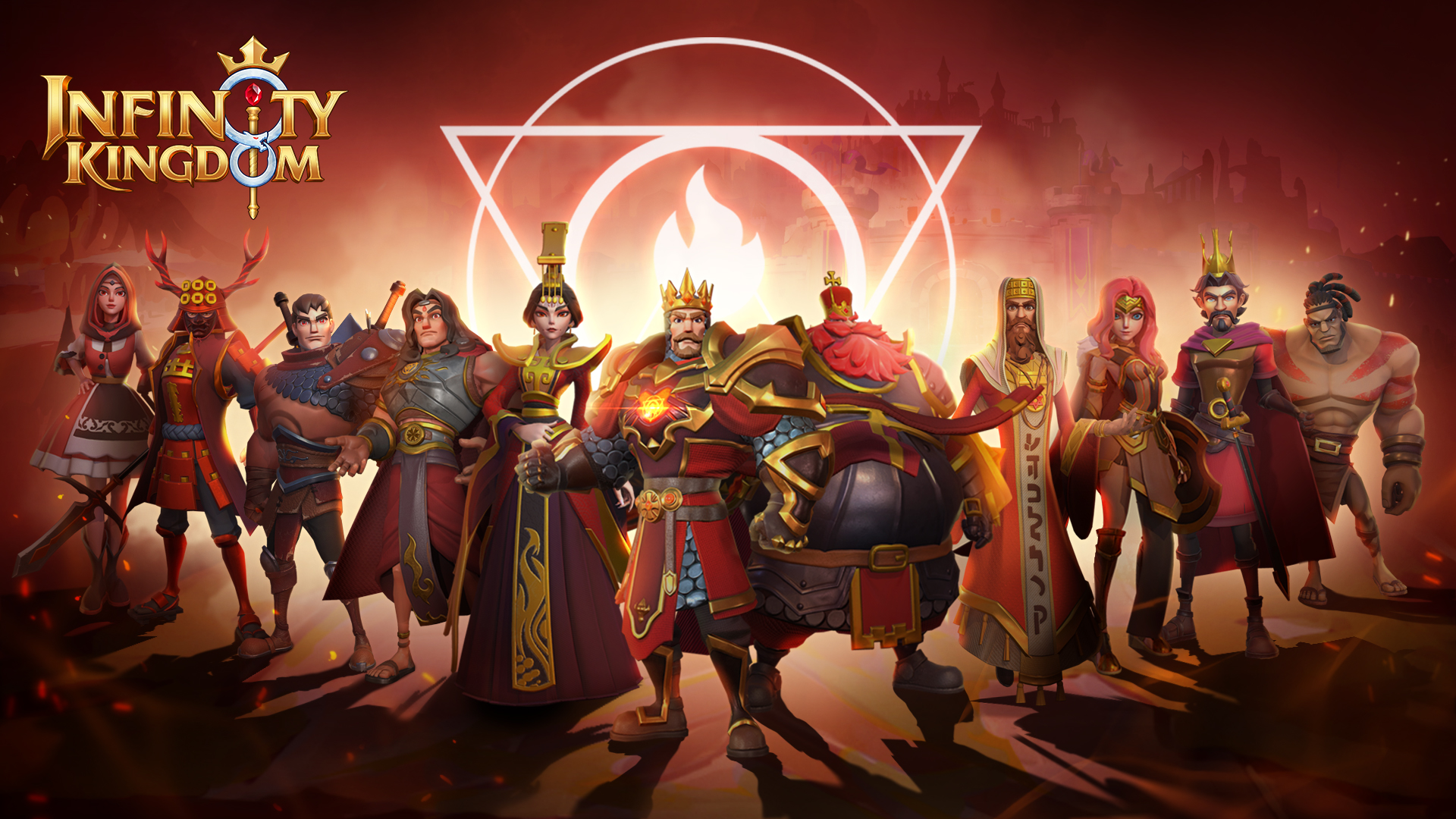 We have listed a few recommended units in the newest Strategy Center for reference purposes. If you have no idea how to form a powerful unit or are feeling confused about which Immortal to cultivate, check this guide, which will help you assemble a powerful Elements unit! In it, we will start by covering the Fire unit first!

This Fire advanced team specializes in dealing burst damage to quickly eliminate the enemy's back row, inflict losses, and then gnaw away at them until victory is achieved.

Hippolyta: As a Shieldman, Hippolyta has high Defense and is good on the front row, where her skill decreases enemy energy and attack speed while dealing damage. Her skill effects become more pronounced the longer the battle lasts.

William I: As a Cavalry, William I has high attack, and his skill grants mass Crit increases while dealing damage to enemies directly in front. Fire lineups deal good burst damage and are nearly unstoppable when combined with high Crit.

Ashoka: The Bowman Ashoka's skills deal damage to enemies directly in front and have a 50% chance of dealing double damage. He can be used with William to quickly eliminate the enemy's back row.

Empress Wu: The Mage Empress Wu deals high burst damage at a single point, and her skills have a chance to Diffuse. When paired with Ashoka, they are perfect for wiping out the back row.

This beginner unit are easier to get and can quickly be turned into Fire unit. To upgrade this unit, keep Ashoka while gradually replacing the other Immortals.

Sanada Yukimura: Yukimura leads a troop Cavalry and has a high defense. He has a chance of Disarming the enemy.

Spartacus: Spartacus is easy to obtain early on and can be used before more powerful Epic Immortals become available. He has useful skills that restore HP when he makes normal attacks.

Ashoka: As a Bowman, Ashoka's skills deal damage to enemies directly in front of them and have a 50% chance of dealing double damage. He can be used with William to quickly eliminate the enemy's back row.

Solomon: Solomon is a support Mage who can Weaken the enemy. Pair him with Ashoka to quickly clear out the back row. He is good for temporary use in the early game.