Hey guys, it has been a month since the 0.9.0 update, we have brought many improvements and adjustments to the game during the past month. You will see many changes in the new 0.10.0 version, including graphic optimizations, Immortal balance changes and all kinds of changes to improve your game experience. We are also adding two brand new dragons: the Holy Dragon & Shadow Dragon, plus new emojis created based on different Immortals.

In addition, we have added some new Immortals and changed the access for some Immortals. We have modified the rewards for some events and in some VIP chests. Regarding the combat system, we have removed the Morale mechanics and added the minor/severe wound mechanics. For the inconveniences caused by the new changes, we will send compensation to every Lord and Ladies: Gem×3000, Philosopher Stone×10, War Insignia×50, 60-minute Speedup×10. You can claim the items above after updating the game. Come check it now!

Lukstra, the Holy dragon is peaceful and gentle. It is a good support dragon on the battlefield. Lukstra has a balanced physical attack and magical attack, and an excellent physical defense. It can provide HP restorations to your units and lower the damage inflicted by enemy units. 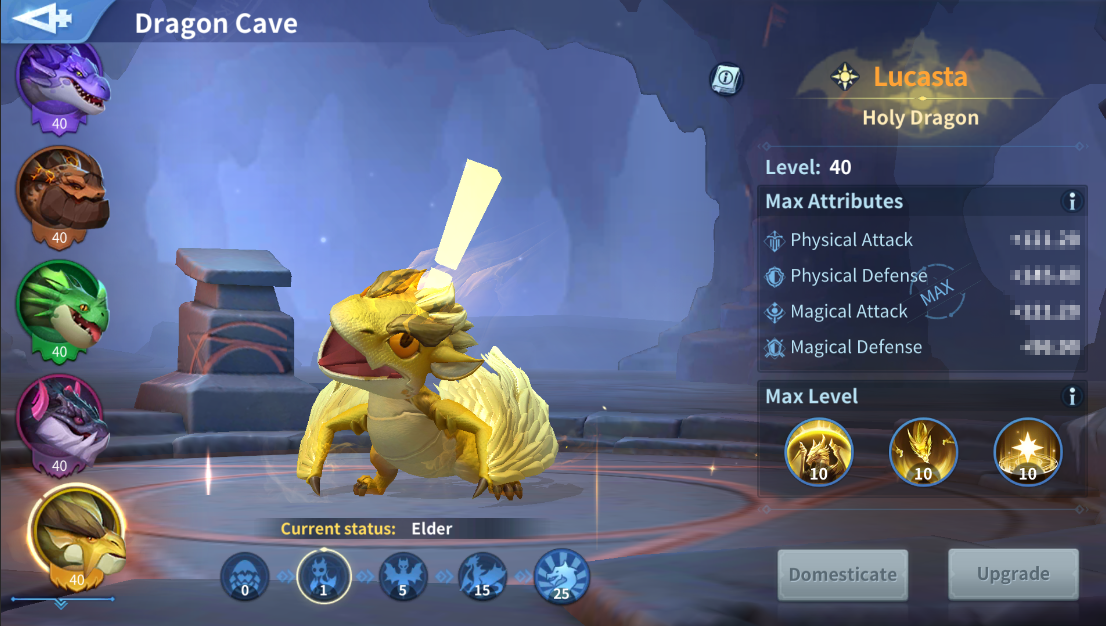 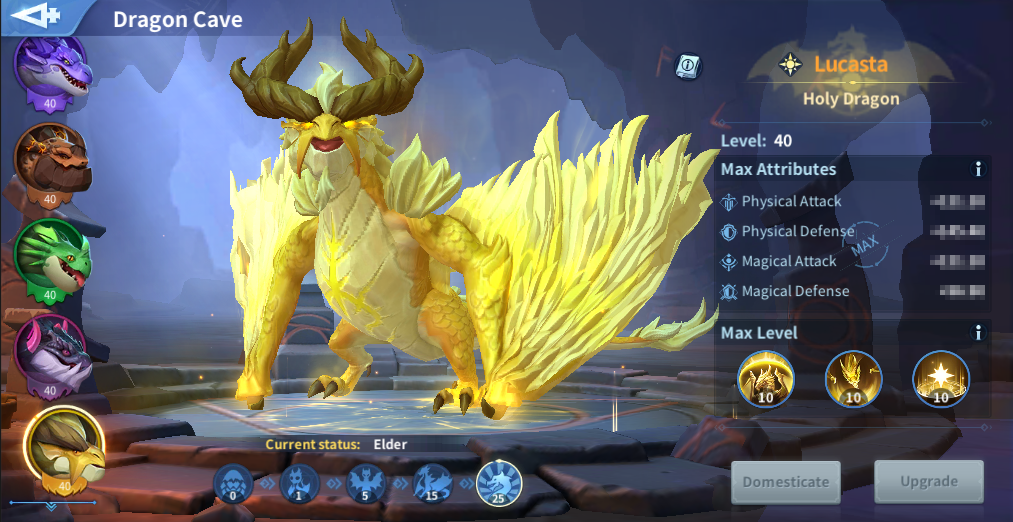 Divine Protection: Restores HP for all friendly units, and has a chance to lower the damage inflicted by 2 random enemy units for 12 seconds.

Judgment Roar: Has a chance to lower the damage inflicted by 3 random units for 12 seconds.

Melanthios the Shadow Dragon seems always to have trouble with Lucasta. Melanthios is a loner and it devours people’s hope like endless darkness. 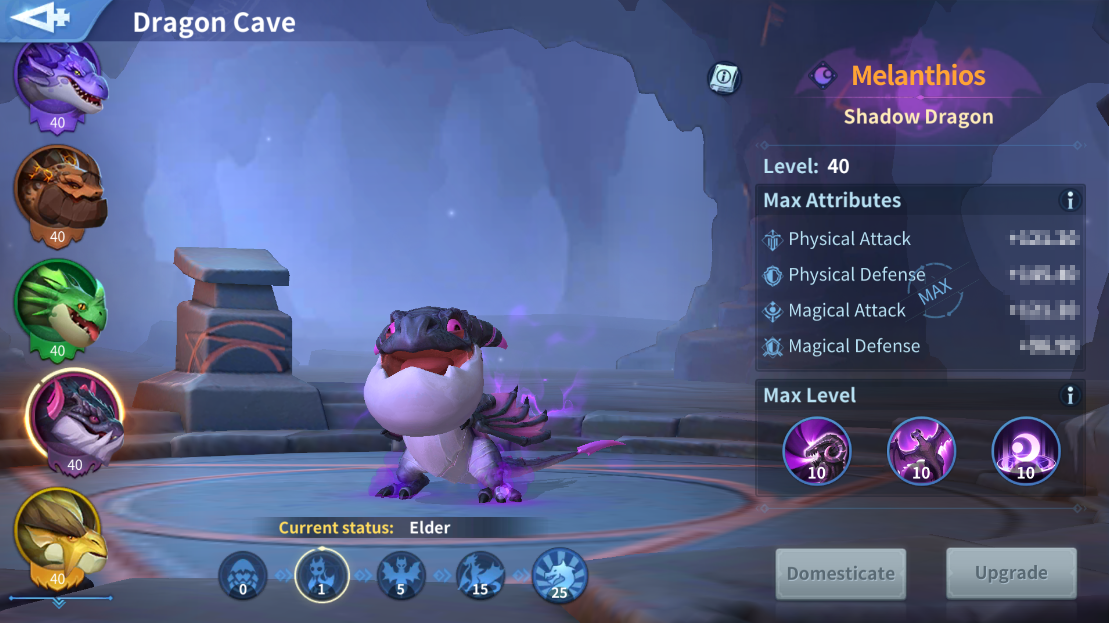 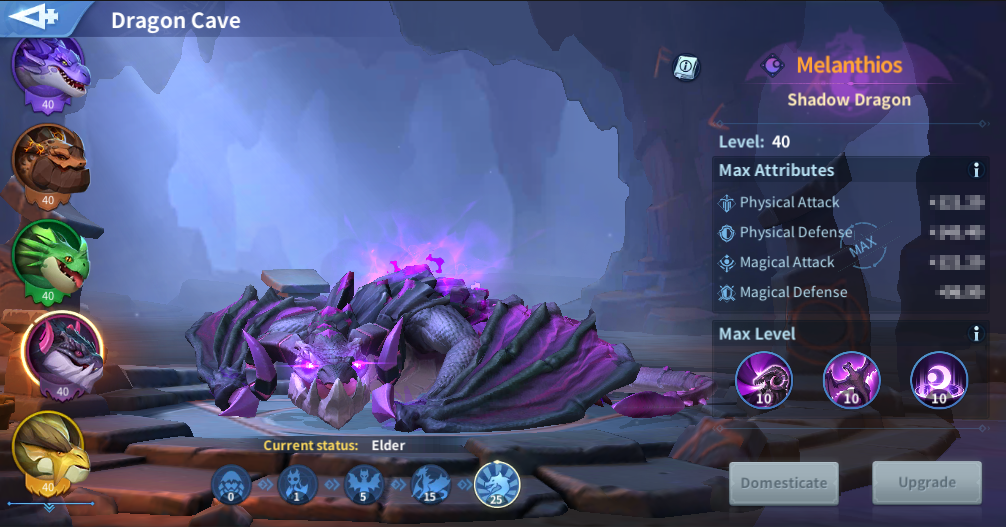 Dark Breath: Causes true damage to the enemy unit with the lowest HP. If the target dies, any excess damage will be dealt to all enemy units.

Eclipse: Has a chance of inflicting Silence on 3 random enemy units, leaving them unable to gain Energy or cast skills for 8 seconds.

Force of Evil: Increases Crit and Dodge for all friendly Immortals. Increases the damage dealt by friendly Shadow Immortals if they command more than a certain amount of troops.

After joining a kingdom, players will receive a special bonus based on their choice:

1) We have modified the dragons’ high-tier skills. They now provide a bonus to Immortals of the same element:

Fire Dragon: Increases damage dealt by friendly Fire Immortals when they have an active buff.

Shadow Dragon: Increases damage done by friendly Shadow Immortals when they command more than a certain amount of troops. 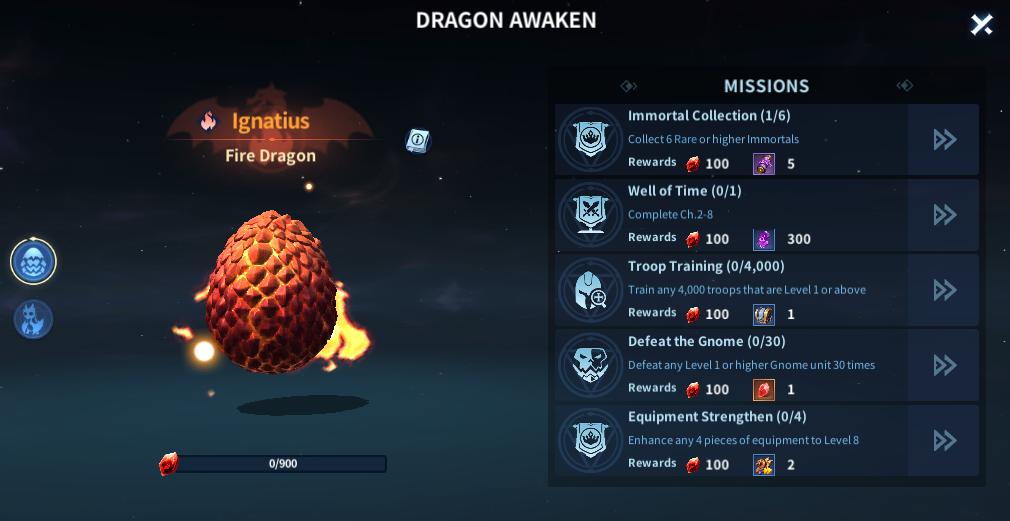 1) Alliance Donations: Players now can only make Gem donations 12 hours after they joined an Alliance. The Gem donation limit is determined based on players’ VIP level.

3) Shortcut for joining a Rally: Alliance members can now join a rally from the chat page.

5) Cooldown Time Reduction: After quitting an Alliance, the cooldown time before you can join a new Alliance is reduced from 24 hours to 15 minutes.

3) Experienced: Daily limit raised from 3 to 4. 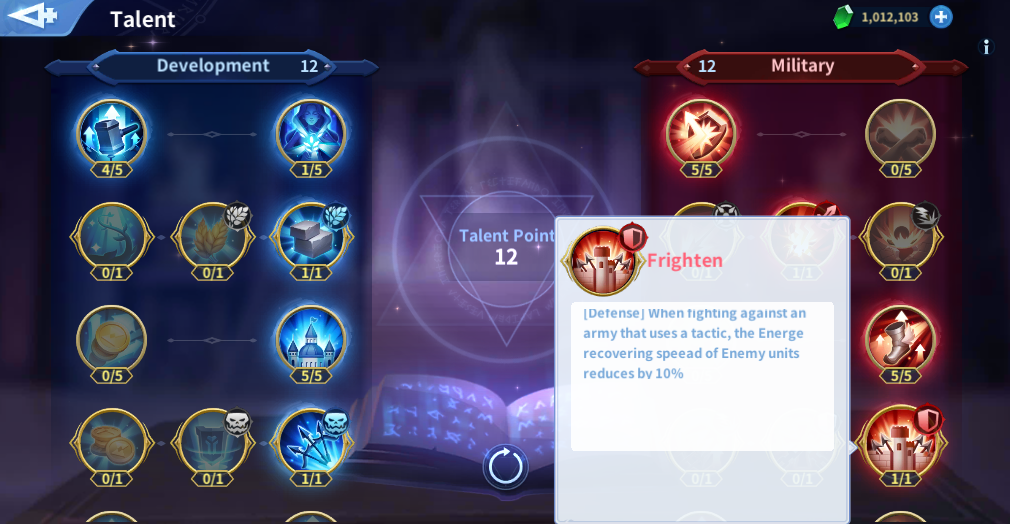 1) Removed Morale mechanics. The battle results will be determined by the remaining HP for both sides.

2) Added a new minor/severe wound mechanics. Troops will return to normal status if they have a minor wound. The troops with a severe wound will be sent to the Hospital and cannot be used until they are healed.

1) Activating a skill no longer requires fragments of specific Immortals. You can now activate skills with Soul Crystals.

2) Soul Crystals can also be used to upgrade a skill or strengthen the skill effect.

3) You can reset an upgraded skill to retrieve some of the Soul Crystals invested on the skill. Players who have already activated skills in the Tower of Knowledge will receive a proper number of Soul Crystals as compensation.

8. Occupation Buff: Occupying Towns will no longer grant any buffs to the occupier.

9. Level & Tax Rate: We have optimized the level and tax rate settings for certain cities.

10. Community Features: Added shortcuts for Discord and Instagram on the Community panel. 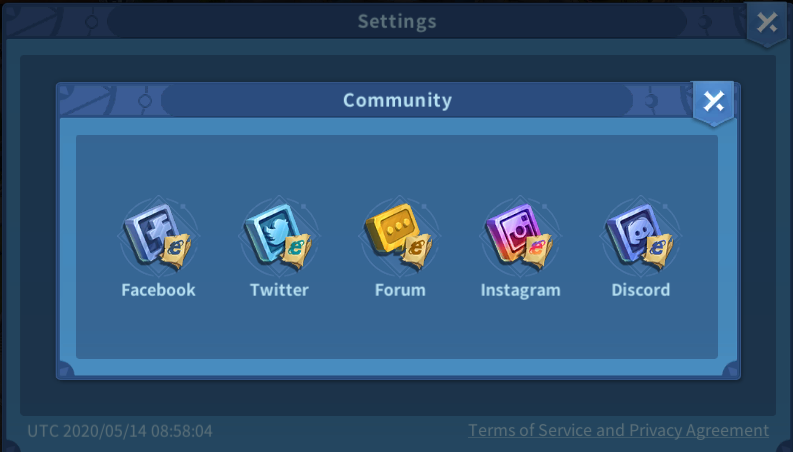 We have received many player feedback regarding the game interfaces and UX. Here are the optimizations we have included for this update:

Tower of Knowledge should be one of the most mysterious and the most powerful place on Norheim. We have rearranged the interface for this feature and added more elements about Alchemy. 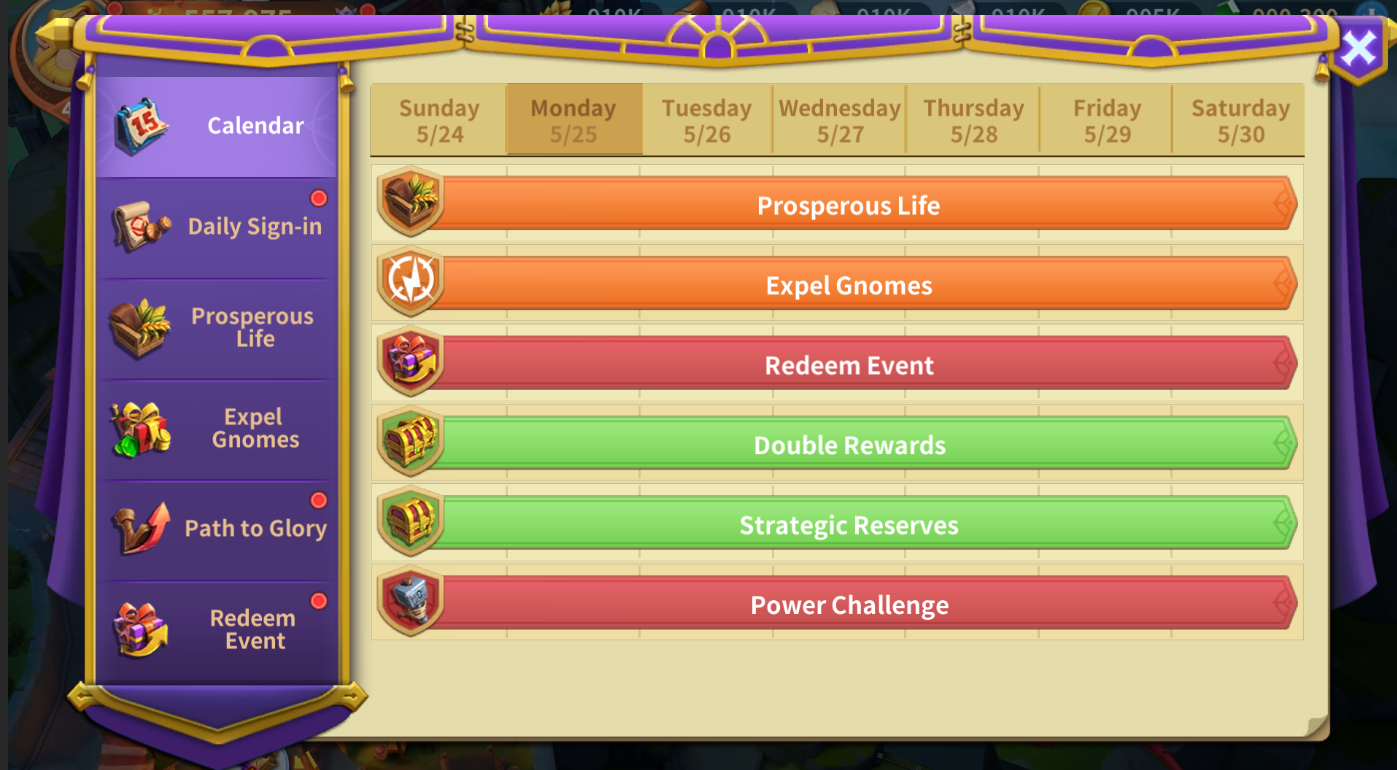 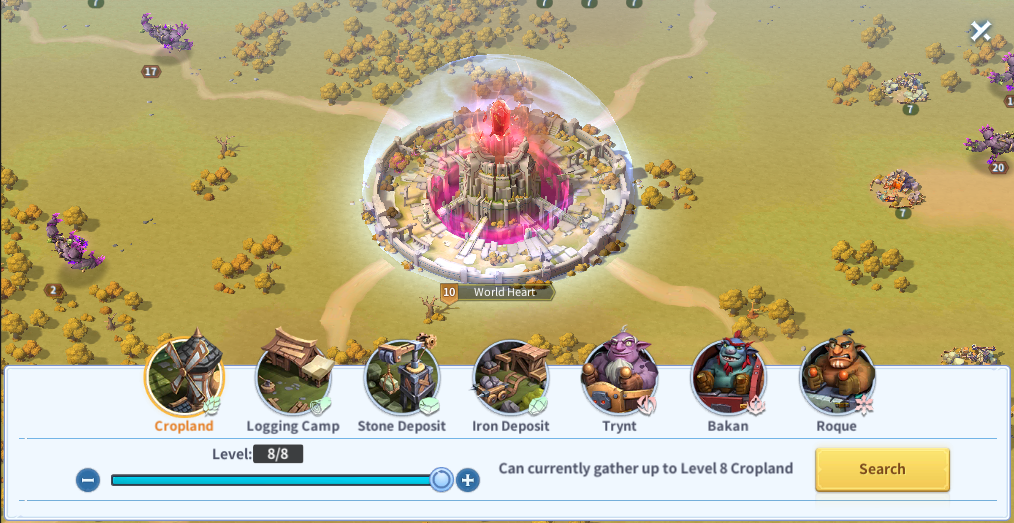 6. Interface Optimizations for Events: Optimized the interface for 7-Day and daily events.

We have received some feedback from you regarding the game balances. Your suggestions and comments under our 0.9.0 Patch Notes post are very helpful and inspiring. After an internal discussion about the new balancing ideas. In the new 0.10.0 version, we have adjusted the Immortals’ energy recovery mechanics and modified their Energy Recovery speed and damages. We have also added some new Immortals and modified their access. Here are the changes we have made:

New Immortals: You can now summon Saladin, William I, Yi Seong-gye, Ashoka and Harald III in the Hall of Immortals.

Access Changes for 6 Immortals: Emperor Charlemagne, Empress Wu, Siegfried, Alexander the Great, Genghis Khan and Theodora are no longer available in the Hall of Immortals. They will be available exclusively in future events.

1) Divine Gift - Theodora: The triggering threshold now increased from 30% to 50%.

2) Path of Flame - Frederick I: We changed the skill from “have 67% chance to restore HP” to “skill restores HP equal to 30% of its damage”.

3) Wind Ruler - King Arthur: We increased the damage reflection chance from 35% to 60%.

4) Golden Ruler - Julius Caesar: We increased its chance of disarming enemy units from 35% to 45%.

5) Raging Flames - Sanada Yukimura: We increase its chance of disarming enemy units from 35% to 45%.

6) Justice Raid - Robin Hood: We increased the skill damage from 180% to 280%. Instead of charming the target unit, the skill now has a 35% chance to slow the enemy for a period of time.

7) Lakelight Strike – Lancelot: We removed the skill’s dodge bonus and changed it from a single-target skill to a multi-target skill. The skill now deals damages to all enemy frontline units.

8) Breaking Attack – Mulan: Changed from having 50% chance of causing Weaken effect to increasing own Dodge by 30%.

11) Blizzard - Helen of Troy: Changed from causing a Magical Damage AoE to inflicting Magical Damage to 3 random enemy units every 3 seconds, each hit has a chance to cause Chilled effect that reduces the target’s Attack Speed for 12 seconds.

2) Removed the Soul Crystals from the Market: Alexander the Great, Genghis Khan and Theodora

3) Changed the price for certain items sold in the Market, and Soul Crystals can no longer be used to buy Speedup items.

1. Opening CG: The opening CG can now be skipped and the game tutorial has been shortened.

1) Training Grounds: Increase its capacity from 10K to 110K.

2) Treasury: Added a progress bar when purifying a Dragon Chest.

3) Alchemy Lab: You can now dismantle Immortal Fragments without unlocking the corresponding Immortal.

3. Speedup Use: Reduced the Gem costs for marching speedups and recall speedups

2. Daily Missions: Changed the objective and rewards for some missions.

Above are the changes for the 0.10.0 version. We have introduced new content as well as changes and optimizations. We are eager to hear your feedback about this update. And we apologize for all the inconvenience caused by the changes for the Arena Shop and other events. We have prepared the following compensations: Gem×3,000, Philosopher Stone×10, War Insignia×50, and 60-minute Speedup×10. Please note that we have recently made some minor adjustments and updated the game to version 0.10.1.

We have received lots of suggestions even though Infinity Kingdom is only available in certain regions. We appreciate the support and interest in our game! We will continue to optimize the game to bring you an even better game experience!

Now let’s meet again in the game after the update! Don’t hesitate to contact us if you encounter any problems!